It isn't the first time the excesses of the banking industry have left European economies in a mess. Edward III effectively put the country in hoc to the rapacious Lombardi bankers of northern Italy by signing over all his revenue from wool tax in the 14th century: effectively creating a bank controlled monopoly of the wool trade, which was Edward's main source of income. At the time the custom due on every 26 stone bale of wool was 6 shillings and 4 pence. But because the trade was seasonal in nature, (whereas Edward's wars with the French and the Scottish were not), he would borrow heavily on wool futures to get the finance he needed. The trade was so important to the country that, at one time, there was a law which stated that every man had to wear a woolen cap, and another, that the illegal black market exportation of wool, (a practice that went by the term of 'owling' - presumably because it took place in the dark), was punishable by the chopping off of the left hand. 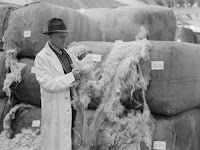 The family run banks, the Bardi, Peruzzi and Acciaiuolo, became the first European 'superbanks', (too big to fail), but fail they did in 1345. They got too greedy: during the 100yrs war they tried to impose a rate of exhchange on Edward which overvalued their gold Florin by 15%, which cut into Edward's revenue and provoked the English king to say STFU and to default on his debts: he effectively said 'Can't pay, won't pay'. He did a runner. At one point Edward had left his wife and children abroad as collateral for his massive debts, but he managed to get them out and substituted a couple of expendable earls and the crown jewels instead. The Lombardi banks played much the same game all across Europe but when they failed, they left pretty much the entire European monetry system in tatters, apart from the Hanseatic League bankers of Germany, who had had the sense not to let any of these ruinous Italian banks and merchant companies anywhere near their cities. 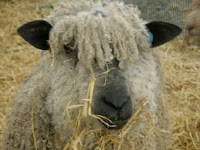 When Mr Papandreou stood down as Greek PM on 9th Nov last year he said, "Today I want to send a message of optimism to all Greeks. Our road, our path, will be more stabilised. Our country will be in a better situation. We will be stronger."
It isn't that easy. The markets know that the economic cracks in the Greek economy were papered over to allow it entry to the EU. They also know that it is not a state that has an economy which can generate the income needed to repay the debt, and even the selling off of capital assets and austerity savings won't be enough. As Paul Mason said "the problem is that.....if you choose to bankrupt states instead of banks, (which we have done), and you then impose austerity measures as the cure for bankruptcy...Greece is a country which cannot recover through austerity...it cannot grow faster than its debt is growing?"
Greece is no stranger to default. It last did it in 1932 when it was broke and took the begging bowl around the capitals of Europe and was refused any money. Is there not always a point when one realises that throwing good money after bad is a mugs game?

The difference is that Edward III ran a feudal economy. He held the power and the authority to unilaterally walk away from his debt, and he could (and did), recover his fortunes in further warring escapades across Europe. Today, the whole of capitalism is based on a global sovereign debt market of ~$20 trillion and its annual interest payments of 100's of billions of dollars!

When you start considering the effects of defaults from countries like Spain, Italy, Portugal, it's no wonder there's a lot of very worried capitalists fiddling with their worry beads. Even in Edward's time the defaults were contagious, but in todays world of complex global financial markets where no one really understands the degree of financial exposure faced (because everyone has borrowed from everyone else and loaned to everyone), and it's all wrapped up in hopelessly and deliberately opaqe complex financial instruments, who knows where it all goes?

6th May 1339 - REVOCATION - On account of the Kings Necessity, of all assignments of money or other things made by him or his Ministers, before or after his passage to parts beyond the seas, other than those for defence of castles and towns in Scotland, and to the merchants of the societies of the Bardi and the Perruzi and of all respites of his debts made since his last crossing over - AN ORDER - That until his return, no fees be paid to any Justices, Barons of the Exchequer, Clerks Promoted, or Other Ministers who have other means of support. - Witness - The King

In Edward's time, some of the bankers who had contributed to all of this chaos ended up in the notorious Fleet debtors prison in Farringdon Street London. These days they seem to get awarded million pound share options or put out to grass with an obscenely large pension. Odd, that. I wonder if her maj could be persuaded to issue a declaration and bung a few of these modern day Bardi's and Peruzzi bankers in clink rather than just take a an honour away here or a bonus there?

Posted by clodhopper at 8:41 pm