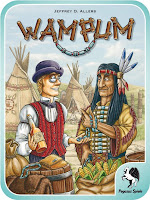 You're a wealthy person if you have a lot of what you value.

You're rich if you have a lot of whatever currency your culture trades in.

In the good ol' days Lancaster folk could trade in the 'Lune', a currency named after the beautiful river that flows through our fair city. Being a practical sort of chap I was damn near a milluneair by the time the system fell into disuse. I could trade plumbing and building skills for a lift with something heavy in the garden, or for a massage, or an old bicycle, or whatever.

The Lune was a printed token in various denominations of riverwater that the Lune traders could barter their deals in. When the currency collapsed, I became a poor Lune and my tokens became worthless bits of laminated paper. C’est la vie, apparently!

Anyway, the point is that currency can be anything. When the new world settlers started to trade with the five tribes of the indigenous Iroqois peoples in north America, pounds were no use: they didn’t have them anyway, so they had to find an medium of exchange, a form or reserve currency that was accepted locally: this was the Wampum, a black or white bead, the white ones fashioned out of a whelk shell and the black ones out of a quahog or poquahock clamshell, both found around Long Island Sound. – hence Iroquois ‘People of the Longhouse’.

The beads were often fashioned into beautiful belts as a convenient way of carrying a lot of them around. You can still see them in the British Museum.

So it was a very local currency in the same way that the Lune was a very local exchange mechanism. It was not much use anywhere else: but in the locality, could be used as a store of value and a medium of exchange for valuable beaver pelts or anything else of utility. Not that we have many beaver pelts in the Lune valley, as far as I know.

So trade, as a driver of communication and exchange and development between cultures, has always been crucial and we’ve developed ever more sophisticated and clever ways of lubricating the mechanisms of trade ever since, along with all its positive and negative consequences.

In England, up until the latter part of the 17th century, the lubrication of English trade was in hammered coin, created by placing a piece of metal between two dies and striking the upper die to imprint an image on both sides of the coin. 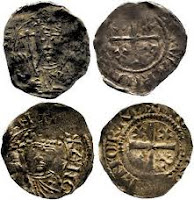 A laborious, labour intensive and inefficient process that simply wasn’t up to the job of lubricating trade at all. There wasn’t enough of it to go around, so even if you wanted to start up a business you could struggle to get enough to pay your suppliers or your workers or whoever else. The coinage was very irregular, it could be forged pretty easily, (by 1696 10% of the coin in circulation was forged), and at one point it made more sense to melt the metal down, take it to the continent and sell it as bullion because the metal content was worth more than the coins face value, so that’s what people did.

In short, it was a total mess and didn’t stand a chance of being able to lubricate the vast increase in trade that was coming just round the corner in the beginnings of the industrial revolution. So, on 10 June 1696 a Proclamation was issued requiring “all Receivers and Collectors of the Publick Taxes to take hammer'd Silver Money at five shillings and eight Pence an Ounce” and change it for nice shiny new machine minted money of a standard weight and metal content. It still wasn’t a total success because the silver bullion value of the coinage exceeded the face value until it could be worked out how to make coins out of cheaper metals: so they had another ‘Great Recoinage’ in 1816.

Oh well, the idea was there, and it gave Isaac Newton (who they'd made Warden of the Royal Mint), a nice day job; at night he could mess about building the first refracting telescope, work out the laws of universal gravitation, develop differential and integral calculus, work out the laws of mechanics and motion and optics, figure binomial series out, have a bash at turning base metal into gold and work out how to make holes in jam doughnuts (only joking). Lazy sod, he was!

Still, by the time Newton died in 1724, we had a money that could service the development of trade and commerce properly, we had the Bank of England (1694), we had paper money in circulation, we had a reliable coinage of standard weight and quality that was much more difficult to forge than the old hammered coin and we were set up to service the industrial revolution and a continuous rise in living standards for the next couple hundred years.

Onwards and upwards, tally ho! What could possibly go wrong?

Posted by clodhopper at 7:49 pm

Very interesting! Have you read The Baroque Cycle by Neal Stephenson? Currency arcana play a substanial role in the novel(s), and Isaac Newton is an important character.

They're struggling to introduce the 1 dollar coin in the states now. back to teh Quahog i reckon.

Not read The Baroque Cycle...I'll look it out.