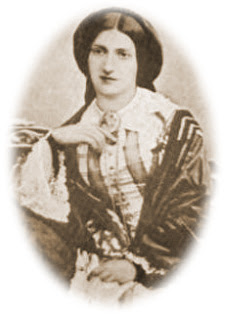 Mrs Beeton's Book of Household Management 1859 Chapter xx
"Birds, the free tenants of land, air and ocean,
Their forms all symmetry, their motions grace;
In plumage delicate and beautiful;
Thick without burthen, close as fishes' scales,
Or loose as full-blown poppies to the breeze."
"The Divisions of birds are founded principally on their habits of life, and the natural resemblance which their external parts, especially their bills, bear to each other. According to Mr Vigors, there are five orders, each of which occupies its peculiar place on the surface of the globe; so that the air, the forest, the land, the marsh, and the water, has each its appropriate kind of inhabitants. These are respectively designated as Birds of Prey, Perchers, Walkers, Waders, and Swimmers; and, in contemplating their variety, lightness, beauty, and wonderful adaptation to the regions they severally inhabit, and the functions they are destined to perform in the grand scheme of creation, our hearts are loifted with admiration at the exhaustless ingenuity, power, and wisdom of HIM who has, in producing them, so strikingly manifested His handiwork. Not only these, however, but all classes of animals, have their peculiar ends to fulfil; and, in order that this may be effectually performed, they are constructed in such a manner as will enable them to carry out their conditions. Thus the quadrupeds, that are formed to tread the earth in common with man, are muscular and vigorous; and, whether they have passed into the servitude of man, or are permitted to range the forest or the field, they still retain, in a high degree, the energies with which they were originally endowed. Birds, on the contrary, are generally feeble, and, therefore, timid. Accordingly, wings have been given them to enable them to fly through the air, and thus elude the force which, by nature, they are unable to resist. Notwithstanding the natural tendency of all bodies towards the centre of the earth, birds, when raised in the atmosphere, glide through it with the greatest ease, rapidity, and vigour. There, they are in their natual element, and can vary their course with the greatest proptitude - can mount or descend with the utmost facility, and can light on any spot with the most perfect exactness, and without the slightest injury to themselves."

Mrs B could clearly make an outstanding plum duff and if she and Darwin would've exchanged their respective masterpieces for Christmas '59 then they both might have learned something new and interesting.
Posted by clodhopper at 11:29 pm

I often think of 1859 when stuck in waterstones; A Contribution to the Critique of Political Economy by one K Marx, The Origin of species, and Mrs Beetons first contribution to her magnum opus. And our gift to prosperity? Teenage vampires, silicone idols and albino monks….

Ah well got to go, Ant and Dec’s latest autobiography won’t read itself.

Posterity I think you meant?

Will they mourn the generations lost to the cult of celebrity? I think not: they'll be too busy worse shipping idiots and swapping apps in the Palace of Masquerade till the lights go out.