We were darn sarth during half term and took in a visit to the Domestic Fowl Trust in Honeybourne. This was an Ahhhh moment. As well as lots of Ahhhh moments there were quite a few CorBlimey moments too. I wanted to bring one of each, or even two of each of every breed home but of course didn't as they wouldn't have liked the motorway anymore, and possibly a lot less than I do these days. No use bringing any chicks back either as non of them had been sexed and sods law determines that any we chose would be male and therefore useless. *SWMBO nods in complete agreement* 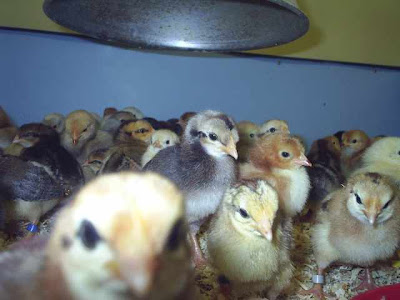 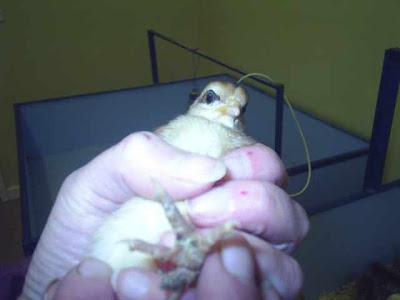 This one is wired directly into my brain to increase my mental capacities by a 100%. 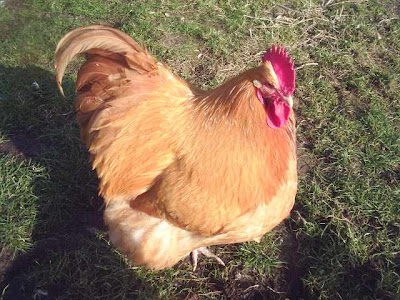 This Orpington was the size of a Sherman tank though there is nothing in the picture to scale it by. 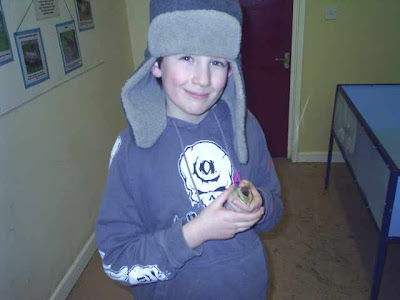 Ben wanted that one, obviously. 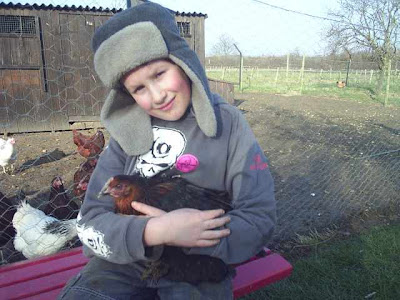 ..and he caught a runaway. 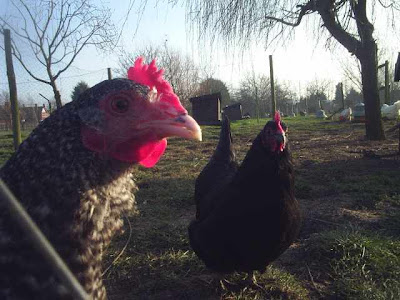 And how about you? Would you like to come live in Lancashire? 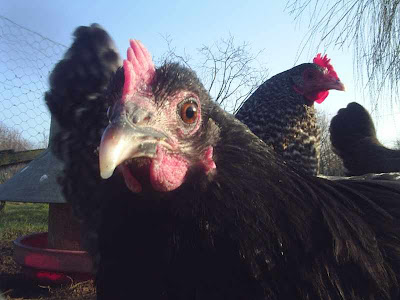 Posted by clodhopper at 9:31 pm

I saw a few varieties of fowl at Stepney's Steppingstones Farm t'other week. And last weekend I found a place that sells ostrich and emu eggs - imagine the size of hen-house you'd need for those!

Why do you hardly ever find the other colour Orpingtons these days, only the buffs? They are the teddy-bears of the chicken world, all big and cuddly looking :)

Did you make an emulette?

Don't know why you see mostly buffs now. The original Orps were black being a cross between Minorcas, Langshans and Plymouth Rocks. The other colours, white, blue, red, mottled etc probably can still be found somewhere or other. You're so right, they are big cuddly teddy bears.

I'm sure I saw a White Orpington at one of the farm parks I went to. It looked like a marshmallow with beak and legs!!!