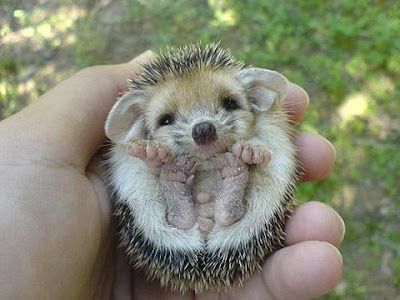 I just want to

and I will not

can get me a

on the statute book 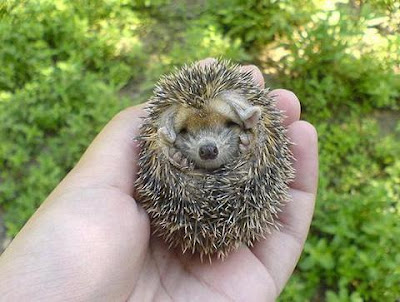 Someone from the labour party knocked and asked if I was voting for labour on May 6.

I told her I wasn't and she asked if I realised it was a two horse race.

I told her it wasn't really a good idea to have horses running the country. She looked a bit glum.
Posted by clodhopper at 12:44 pm 2 comments: 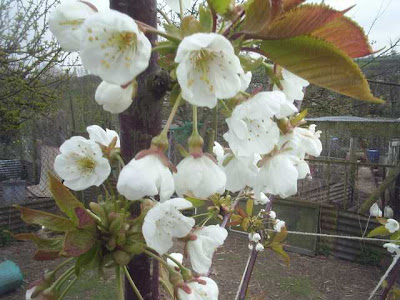 The cherry tree, planted in early feb, in full bloom and looking really healthy.
Posted by clodhopper at 12:03 pm 2 comments: 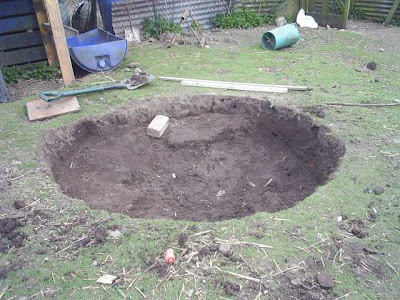 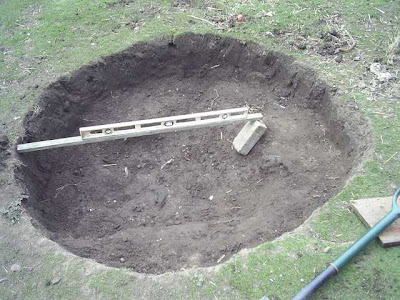 No, it's not level. The ground slopes so not a lot I can do about it. 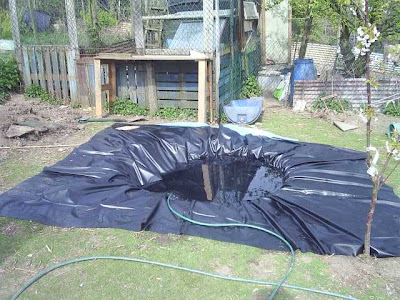 The liner looks excessive but it gets sucked into the pond as it fills. Better a bit too much than too little. Under the liner is some old carpet and visqueen to protect it. 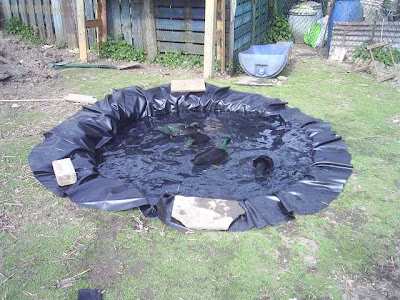 Trimmed off the excess. The ducks just can't wait! 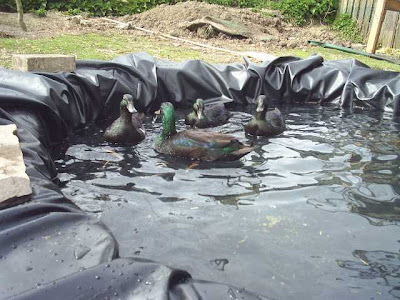 I need some thin slabs to cover the liner but it will always show a bit on the top side of the slope. 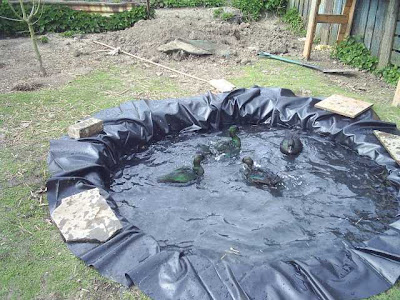 Today I have found something for which I was looking. I had forgotten it was on a memory stick, which is ironic really.

I am a bit upset that there is no portion of my brain identified as thinking about allotments or chikkins or religion or philosophy though. I do you know. Really.
Posted by clodhopper at 7:52 pm 1 comment:

The BCA have decided to drop the case: a very sensible course. The BCA should now lick its wounds and pay all Simon's legal costs and ponder very deeply upon how they should respond to such things in the future.

Having carefully considered its position in the light of the judgment of the Court of Appeal (1st April 2010), the British Chiropractic Association (BCA) has decided to discontinue its libel action against Simon Singh.

As previously made clear, the BCA brought the claim because it considered that Simon Singh had made a serious allegation against its reputation, namely, that the BCA promoted treatments that it knew to be “bogus”. The Honourable Mr Justice Eady, the UK’s most experienced defamation judge, agreed with the BCA’s interpretation of the article and ruled that it made aserious factual allegation of dishonesty.

The Court of Appeal, in its recent judgment, has taken a very different view of the article. On its interpretation, the article did not make any factual allegation against the BCA at all; it was no more than an expression of ‘honest opinion’ by Simon Singh. While it still considers that the article was defamatory of the BCA, the decision provides Dr Singh with a defence such that the BCA has taken the view that it should withdraw to avoid further legal costs being incurred by either side.

As those who have followed the publicity surrounding this case will know, Simon Singh has said publicly that he had never intended to suggest that the BCA had been dishonest. The BCA accepts this statement, which goes some way to vindicating its position. The BCA takes seriously its duty and responsibilities to members and to chiropractic patients.

The BCA has considered seeking leave to take this matter to the Supreme Court and has been advised there are strong grounds for appeal against the Court of Appeal judgment. However, while it was right to bring this claim at the outset, the BCA now feels that the time is right for the matter to draw to a close. 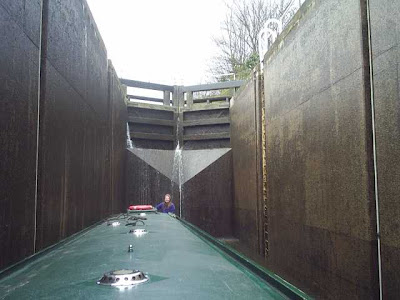 SWMBO piloting the narrow boat 'Rowan' through the deepest lock on the English canal system at Sowerby Bridge. Hope they don't open the doors too quickly!!!
Posted by clodhopper at 2:28 pm No comments:

I like listening to Andrew Marr's show 'Start the Week' on a Monday morning. It kicks my [somewhat reluctant] brain into gear and gets the neurones firing. That, and several cups of tea.

Tomorrow morning, so I hear, Rowan Williams (The Archbish of Cantebury), will tell listeners that the catholic church has lost all credibility in the wake of the sex abuse scandals that currently beset them. Well, like his own church, they never really had any credibility in the first place. I think it is more that people, society, us, are rapidly losing our gullibility and willingness to take what these self appointed guardians of morality say at face value. And they keep digging themselves deeper and deeper into the mire with almost every response they make. The latest being the comments of the Pope's personal preacher [what is that? Is it like a personal trainer?] the Rev. Raniero Cantalamessa preached the other day that the trauma and persecution faced by the catholic church at the moment is like that faced by the Jews during the holocaust. What, WHAT! Do you see catholics being herded into ghettos, stripped, forced into cattle trucks, sent to concentration camps, burnt, gassed, shot, used for medical experimentation? Do you see ANY violence towards catholics? Do you see anything other than a demand for them to accept responsibility, a demand for apology and compensation for the abused and justice for the abusers? And it wasn't the Jews that committed any crime was it? Unless it be that you (despite assertions to the contrary) still regard them guilty of deicide? Unless it be a crime just to be Jewish. Is that it? That he made such a monstrous comparison is beyond belief and very revealing of the institutional sickness that pervades the catholic church.

The Fools The Fools

If alternatively he had said that Judge Eady was a donkey, it could be said that that would be a matter of verifiable fact (or not), by any appropriately qualified zoologist. On the other hand, he could have ended up in court for defamation of character with lawyers earning hundreds of thousands of pounds while arguing for 6 months over the metaphorical meaning of 'donkey'. As it happens, he did end up in court, charged with libelling the British Chiropracters Association by implying that their claims that a bit of a back rub could cure, well, almost anything really, was bogus and that there was 'not a jot of evidence' to support such claims. Today the Court of Appeal has passed down a judgement that it was fair comment and it's a damn fine day for freedom of speech - and a chill, miserable morning at work has turned into a bright sunny day and restored a little of whatever bit of faith I had left that there is some justice and common sense left in the law.

Congratulations Simon!! It's a grand day for all of us...and well done you Judges too. Good Job.

BCA - Look at the date and grow up.

The full decision is here.
Posted by clodhopper at 3:10 pm No comments: