Haven't posted for a while: all my low back muscles went into meltdown and I couldn't move. I would love to tell you all it was while I was lifting a 3cwt fence section into place up on the allotment but I'd be lying through my fingers. The totally embarrasing truth is that I bent down to pick up a pair of knickers from the washing basket (well, they we're heavy knickers), to put up on the line and WHAM! Total back lockdown and agonising pain. But hey, it only took the Doc 4hrs to arrive so that's allright then. I can sort of move now and even type; you might empathise with the first and regret the second. Who knows? Mmmmm....more Diazepam please.
Posted by clodhopper at 1:40 pm 5 comments: 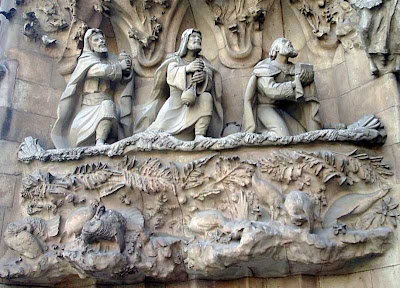 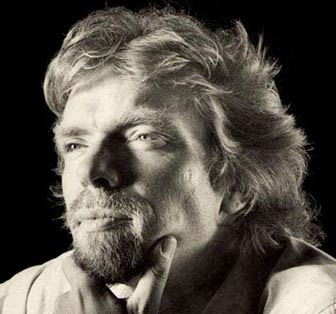 As promised, here is the evidence that Richard Branson, was/is one of the three wise men and finds himself immortalised in stone on the front portal of the Sagrada Familia.

It should therefore come as no surprise, given his background, that he has grouped his capitalist enterprises under the title of the 'Virgin Group'.

The urn, contrary to popular belief, contains two return tickets to London on the Virgin Pendelino train which, let's face it, as well as providing an exciting tilting experience, costs a crock of gold anyhow. Messiahs go free....up to a point. 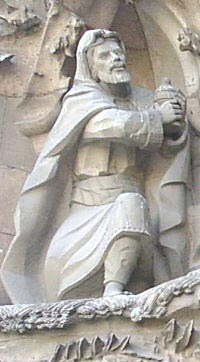 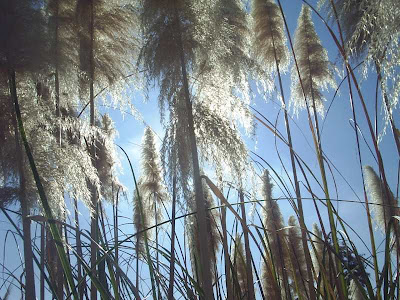 We decamped to Barcelona for a week and gorged on Gaudi, of which more later. I took this picture to show that his designs owe everything to nature and nothing to supernature; though I suppose if any building in the world was going to convince you of His/Her existence, then the Sagrada Familia might just do the job. We also discovered that Richard Branson is not only a business mogul, but is also a very wise man. I will prove this over the weekend.
Posted by clodhopper at 11:27 am 1 comment: