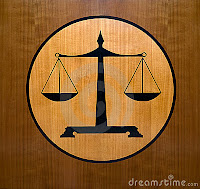 It's too easy to join in the tsk-tsking and dismissal of the first set of jurors in the Vicky Pryce case as a bunch of incompetent nitwits incapable of understanding basic judicial guidance.  But is that really the case or is there more to it under the bonnet?  So I looked at the questions that the jurors put to the judge, here they are:

Answer: “The pressure applied by the husband need not involve violence or physical threats. The law requires that a husband was present and coercion was to such an extent that she was impelled to commit an offence because she truly believed she had no real choice but to do so.”

Q2. In the scenario that the defendant may be guilty but there may not be enough evidence provided by the prosecution at the material time when she signed the notice of intent to prosecute to feel sure beyond reasonable doubt, what should the verdict be, not guilty or unable or not safe to bring a verdict?

Q3. If there is debatable evidence supporting the prosecution case can inferences be drawn to arrive at a verdict? If so can inferences/speculation be drawn on the full evidence or only where you have directed us to do so?

Answer: “The drawing of an inference is a permissible process. Speculation is not. In this case the evidence on which the prosecution relies is largely undisputed, and where you are willing to draw inferences from that is entirely a matter for you.”

Q4. Can you define what is reasonable doubt?

Answer: “The prosecution must make you feel sure beyond reasonable doubt. A reasonable doubt is a doubt that is reasonable. These are ordinary English words that the law does not allow me to help you with, beyond the written directions [he had already given them]“.

Q5. Can a juror come to a verdict based on a reason that was not presented in court and has no facts or evidence to support it?

Answer: “The answer to that question is a firm no. That is because it would be completely contrary to the directions I have given you.”

Q6. Can we infer anything from the fact that the defence didn’t bring witnesses from the time of the offence, such as the au pair or neighbours?

Answer: “You must not, as I have now emphasised many times, speculate on what witnesses who have not been called might have said or draw inferences from their absence. Her evidence is that no one else, other than Mr Huhne, was present when she signed the form.”

Q7. Does the defendant have an obligation to present a defence?

Answer: “The answer to that is an equally firm no. The position in a criminal is that no one must speculate. There is a difference between speculation, which is not permitted, and inference, which is the drawing of common-sense conclusions from the facts of which you are also sure. Speculation is guesswork. That is not the same as inference at all.”

Q9. The jury is considering the facts provided but is continuing to ask the questions raised by the police. Given that the case has come to court without answers to these questions please advise on which facts in the bundle the jury should count on to determine a not guilty or guilty verdict.

Answer: “You must decide the case on the evidence [put before the court]. It is for you to decide which you consider to be important, truthful and reliable then decide what common-sense conclusions you can safely draw. It is not for me to tell you which piece or pieces of evidence are important and which are not. That is a matter for you to decide.”

Q10. ”Would religious conviction be a good enough reason for a wife feeling she had no choice i.e. she promised to obey her husband in her wedding vows, he ordered her to do something and she felt she had to obey?

Answer: “This is not, with respect, a question about this case at all. Vicky Pryce does not say that any such reason formed any part of her decision to do what she did. Answering this question will not help you in any way whatsoever to reach a true verdict in this case. I must direct you firmly to focus on the real issues in this case.”

“Without doing so, you are simply not in a position to reach a true verdict according to the evidence one way or the other.

“It is essential that each of you ensure that my directions of law are faithfully applied by all of you. If, for whatever reason, any one or more of you feel you do not understand my directions, then it would be wholly wrong to reach a verdict one way or the other.

Well, do those seem entirely 'unreasonable' questions to you? Some, possibly.  But really...what does 'reasonable doubt' actually mean?  Without corroborating evidence from witnesses, how can the prosecution possibly 'prove' that Vicky Pryce's testimony of marital coercion is false, unless they rule it out by defining marital coercion in such a way that discounts the abuse of power in relationship?

What does marital coercion mean exactly? In the judges words:

It is not, however, for the defendant to prove that Mr Huhne coerced her – rather it is for the prosecution to prove that he did not do so. The Prosecution may do that (as they seek to in this case) either by making you feel sure that Mr Huhne was not present when Ms Pryce committed the offence, or by making you feel sure that her will was not overborne (i.e. that she was not impelled to commit the offence because she truly believed that she had no real choice but to do so).

Impelled? How impelled, argument, loyalty, emotional blackmail?  Certainly not, it seems, threat or violence?  No real choice?  What does that mean?

Sorry, but I don't think it fair for the media or the judiciary or whoever else to be blowing rasberries at that jury. There are legitimate questions to be asked about how jurors are given guidance, particularly when someones liberty and career are at stake.

Posted by Maurice Pennance at 11:56 am

Thank - this was well written and argued. Not fair at all, I agree. glad to find this blog

Very well written and argued and I agree this was unfair on the jury.