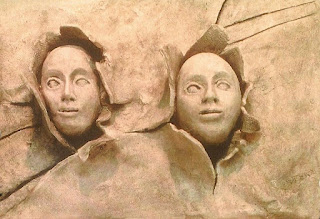 So I started the online philosophy course being run by Edinburgh University.  It's good, but I just can't keep up with all the discussion forums that have sprung up.  I just don't have the time to read all that stuff, and, even if I did, there would be no time left for drinking thinking.

There are a lot of students trying to answer some basic questions the lecturer has thrown out to get things going.  Questions like: What is the meaning of life? What is philosophy? Is it important?

In a way it seems so self indulgent, so petty: the chances of YOU existing are beyond calculation. YOU have already won the biggest lottery in the universe, ever ever, ever.

Imagine you don't exist, (it's not easy if you try). There can be no time and space, no cause and effect, no ups and downs, no singing and dancing, no music, no children, no cold beer. You are just not there. History tells you that stuff already happened while you weren't' around, but so what? It will go on happening after you've gone. Sooooo what?

Philosophy is the universe experiencing you, experiencing life. If you were not in it, it would probably cry. Get your tummy tickled! Say thanks!

That isn't very philosophical really.  I'm just going to posit that philosophy is life looking at itself in a mirror and trying to see a clear enough reflection to understand itself....but, like a babies eyes, they can't focus properly, or the mirror is dirty, or something like that.

Or maybe life is just so so gobsmacked/excited/obsessed/astounded/infatuated by seeing it's own reflection at all, that, like some love struck teenager, it's gazing at itself with moony eyes and stinking the bathroom out with Lynx deodorant.

Anyways... in my previous post, the one where I quoted Russell saying... "when you think, you think of something.... therefore both thought and language require objects outside themselves."  Well, that might be problematic in the sense that you immediately create the duality by looking in the mirror and you see something... but it isn't real, it's a reflection...nevertheless, it's very compelling and very easy to get infatuated with it.  I'm really talking about the process involved in creating the idea of 'self' in consciousness and then seperating that out as something special, as something that, when its attention is directed towards itself...something funny happens. It starts to think that it has a core of identity that transcends the nuts and bolts of normal, everyday, bog standard conscious experiencing.  It also thinks that that core can somehow survive itself or that some sort of powerful external agency can grant that continuation.  It's too painful to think that the beautiful, if somewhat smelly, teenager can no longer BE somehow.

The other aspect to think about is: What consolidates this process of the creation of identity?  Is it memory?  Is that the factor?  If that's not it, what is the nature of the vessel that contains this 'I' notion? Does this reduce metaphysics to the explanation of experiencing?

Questions for another day.
Posted by Maurice Pennance at 12:21 pm