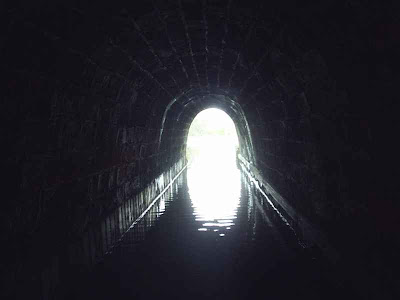 There is light at the end of the tunnel. 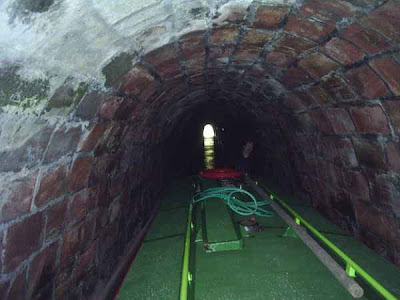 There is also light at the other end.

Before the advent of the diesel engine, the way they got through the tunnels was to lie on your back on top of the boat and use your legs to push yourself through. This will account for the large amounts of small change to be found in the silt at the bottom. For some reason it was impossible to get the horse to lie on its back to perform the same service. 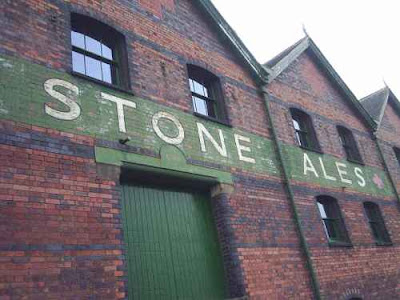 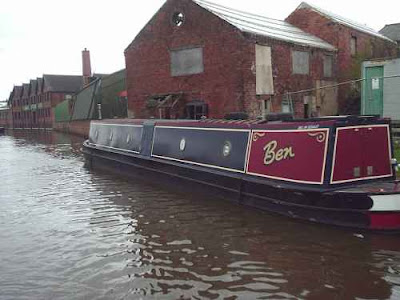 We were having a moan about the weed wrapped around our propeller when our neighbour at the water point told me he had had a whole carpet wrapped round his which damaged the prop shaft and cost him £800 in repair bills. Made me momentarily pleased that I don't own a boat, though in reality I would like the freedom to go anywhere anywhen that ownership would grant.

On the Caldon canal on the way up to Leek you have to raise a number of lifting bridges; two of them are manual and one in Stoke is electric for
which you need the appropriate key which we discovered we had lost on the way back. So we moored up next to a metal casting factory alongside tanks of liquid oxygen, nitrogen and argon and waited for a boat to pass that never came. Well, it was the end of the day anyway so we just made dinner and went to bed. In the morning we had breakfast and waited for another boat which still didn't come. By 9.30 we gave up and rang the British Waterways Board office and pleaded insanity. They sent a very very nice man along with a key who released us from our imprisonment alongside the tanks of liquid gas. 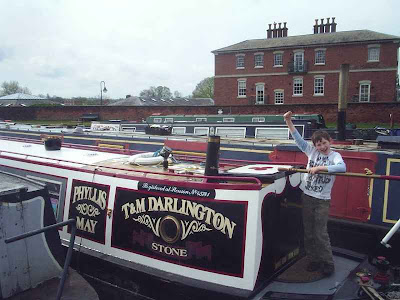 When we got back to Stone we found the Phyllis May. A very very famous boat in Canal boating circles. It's owner, Terry Darlington, has taken this boat on completely barmy journeys across the English channel and all the way down through France to Carcassonne and also down the Eastern seaboard of the USA all the way to the Gulf of Mexico. Those of you know a bit about how these boats are built and how they sit in the water and handle will immediately recognise that this is a completely insane thing to do. Of both these escapades, Terry has written delightfully funny accounts and I can heartily reccommend Narrow Dog To Carcassonne to you for a wonderfully entertaining read. 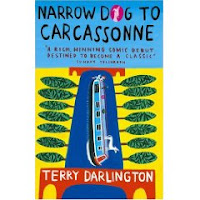 Or have a gander at Terry's website where you can see pictures of this insanity and wonder how Jim does that thing he does with his ears. 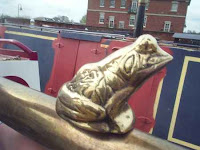 I'm a little surprised the frog on Terry's tiller did not jump off a long time ago. Guess his arse is just welded down. Poor chap. We thought we would ask to borrow Phyllis to do Niagra Falls! You never know.
Posted by clodhopper at 9:19 am

Greetings and fond yips from the crew of the Phyllis May. Sorry we weren't aboard when you called by!

Well, as your punishment for not being there we expect you to bring back the Loch Ness Monster arranged in a stylish yet demure pose on the roof of Phyllis. That is spooky...the word verification wants me to type halogim before it posts this!