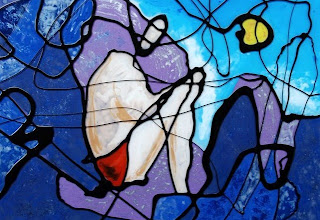 If the shackles turn out to be death then that is not a terribly useful solution.  If they turn out to be illusion, then you have to provide a mechanism by which that is removed.  No wardrobes allowed.
Posted by clodhopper at 12:51 pm