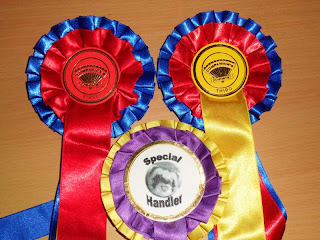 It's too wet to do anything on the garden so we went up to Crooklands to see our friends from Cumbria Ferret Rescue centre at their ferret show. 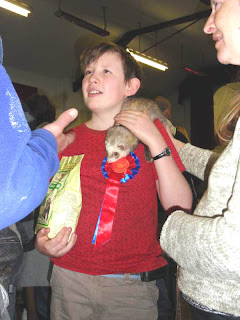 Clodlet entered Pan in the sandy hob class and won first prize. It will go to Pan's head, I know it. Clodlet also won third prize in the young handlers section. 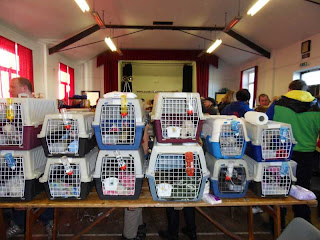 There were a gazillion ferrets there. It's nice to see a 'pong' of ferrets all cuddled up together in a hammock....looks so cozy. A man came up to me and said he was just passing in the car and came in for a look. 'Are these all working ferrets?' 'No,' I sais..'they're all on job seekers allowance, this lot.' 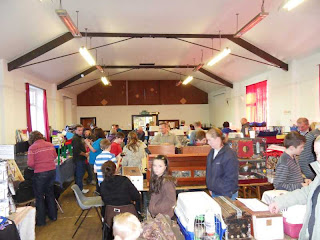 We don't make a habit of going to shows....don't really believe in them, but it was a fun day out and somewhat gratifying that Pan won against all the ferrets that get tarted up for the show with coat conditioner and vitamins and fur-brushed to death. Pan goes in straight out the cage and beats the lot.....go figure! 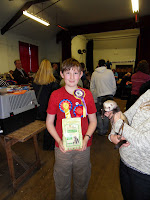 Posted by clodhopper at 3:22 pm

lol. ive never even seen a real ferret in life let alone a festival/competition dedicated to them.